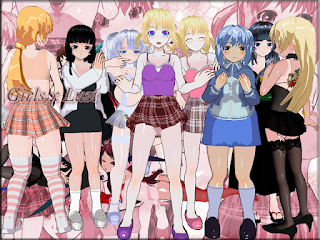 Hi everyone,
Girls x Lust Alpha 0.02 can now be downloaded now from the link below.
Click on the post title to view screenshots of the game (after the jump-------->>)

Sorry about the filesize, even after optimization, the filesize of the game is now twice as big because of all the additions.

Early Access means that my new games will come out sooner to patrons, so if you enjoy my works please consider becoming a patron(see my Pareon page for more details).
I will now be releasing most all my games this format as a way to thank all my backers and all they have done to for me.
If your unable to donate, please don't worry, you'll always be able to play everything I make for free.
Here is the information about the release date of alpha 0.02:

Update 9/24:  My Patreon page has been revised, click here. 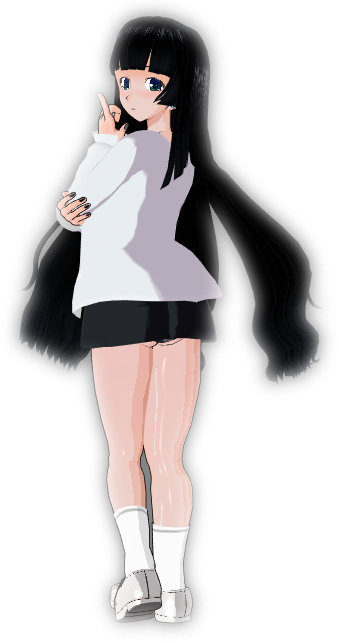 You may have noticed that I changed my header/banner image recently.  The first one styled like this:

I'm mainly posting this for anyone who was curious about my last banner.  The characters shown on it from left to right was O-dobi(sakurahime), the twins colette and sophia(girlsxlust), and on the right Celestia(unused character from sakurahime).
It maybe fun to note that I made that when I first started this blog and was starting to make maids - perfect, however 2 of the characters from one of my current game(girls x lust) were already in it.
When I started this blog I already had the characters somewhat planned, basically you could just say I always have a whole ton of game ideas, but I only make the ones I really like usually.


The new character at the top of the blog is named Lithchlo and basically she serves as both a mascot and my avatar.  She is also a character in Broken Hymn.  She is very kind-hearted and she like helping people, having sex, being idolized/worshiped, lower others sexual morals, intimacy, debauchery, skinship, nudism, kindness, and overall sexual expression between people.  She "believes" that she is an angel.

Um, that's all for now.
my next post will be two days from now,
see you soon.

Hi everyone,
This is something that I'm just posting for fun,
a prototype dating simulation I've made last year(this is unrelated to gxl or broken hymn) .

The video below shows a prototype for a dating simulator:


The video shows the prototype menu and talking two 2 girls with 2 different personalities, character customization of hair and early relationship building.  Just a note, all the game's text is external and loaded based on things such as the time of day, character traits and your relationship with them.  Also the entire face and body is customizable not just the hair, and the game has a route system where characters can go certain places at certain times.  This game uses a number of rpgmaker community scripts as well as ones I've made.

You can find more info about emerald dating sim in my earlier post here.

Just to be clear, I don't have any intention to working on this dating simulator any time soon, as it is complex, this is just show a little bit what it's like(I haven't worked on this game in over a year).

Just encase you're wondering, gxl verison 0.02 is on the way soon and will be out before the end of this month.

Hi everyone,
With the time system in gxl I thought it might be possible to have farming, so
I recently made a farming simulation system for the game.  The farming simulation system is now fully-functional and includes tilling, planting, watering, harvesting, and withering/dead plants.
It will be added for you to try in the next alpha of the game, and will be properly added into the game sometime later, you can see a demonstration of the farming system below:


I wanted the farming simulator to be as simple as possible with as few menus as possible while still allowing you to do full fledged farming as you want to.  Basically I did this by only showing a menu when selecting/changing seeds, basically this means you don't need to go through a menu to change tools.

Also, I've build a somewhat complex yet simple puzzle system that will also be in the next alpha, but I'll probably talk about that later.

Hi everyone,
Um, hopefully the following things won't be to confusing.  One of the elements in gxl is characters influnced by the time/day/night system.

RPG Maker by default doesn't have any clock/time system, so it must use scripts to have one.
With a number of custom scripts I've made and a few from the rpg maker community this is possible.
There is more than one way time can be used to affect NPCs in the game, currently there are
3 different types of time events:

1) normal events - the normal type of events that are not affected by time.

2) semi-time limited events -  once activated, these are events that can occur only during a certain time of the day.  However if you miss the time you can try again any future day at that same time. 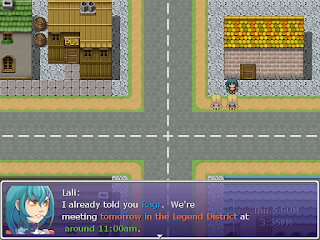 An example of this is Lali, after find out her meetup time you can go to try to meet her boyfriend if choose.  she will come just before 11:00am and will stay a few hours before she leaves.  She will also keep coming each day afterwards if you miss her event time.

3) time limited events - these are special events that you only have one chance to view between a certain time period, if you miss it you'll have lost your chance to go through the event.  This is mosly only used for minor events in the game and not anything major, more important ones will usually have a large time period to activate the event.  Finding these events may give you things such as valuable items, sex scenes, or other forms of rewards. 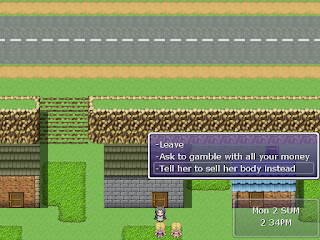 For example, if you talk to Pilica you are given the option to let her gamble with the money you have, however if Sophia is in your party you'll also have the option to tell Pilica to sell her as Sophia will convince her to sell her body to pay off her debt.  However these options are time-limited as Pilica only has 2 days to pay off her debt.  If you never choose any option after she talks with the debt collector, she will become homeless 2 days later because of her debt. 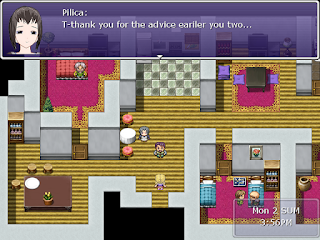 If Sophia convinces her to sell her body and you look around, you can find where she goes and view her sex scene. 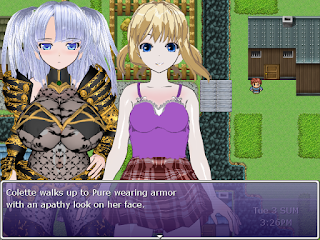 Another example is the time-limited event of talking to Pure-chan before Elly returns and she will give you a discount card to buy a horse at 1/2 price, if you talk to her afterword she will have already given the card to someone else.  However if you miss this event, there will eventually be another chance to get the card.

It may sound simple at first but you must manage the times and conditions for each of these to occur, however I've made scripts to greatly simply this process. 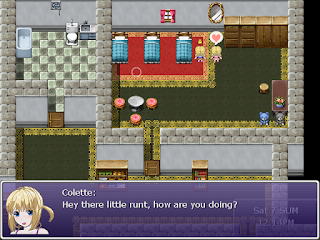 If you choose to take a homeless chick home with you can feed her once a day until she's a full grown hen and then she will lay eggs for you(not yet implemented).


There is more things I would like to talk about dealing with the time system but i'll leave it that for now.  I should also have a new version of gxl out sometime later this month.