Hi everyone,
I was thinking about doing a side hentai game project while making broken hymn since I sometimes like to work on 2 games at once. Broken Hymn will still be my main project, I would just have a 2nd game "on the side".
This maybe a tough choice, alot of these are things I've worked on the past but never shown before, and some are probably too big to be called a "side project" I guess, so I may or may not start making the winning game, but I want to see what you guys are interested in.
There are 7 games to choose from, I'll keep the poll opened for 4 weeks from now for you guys to vote.  Please see below and vote in the poll to the upper left or comment below.

A sequel to the game Maids Perfect.  May possibly be called Girls - Perfect.  It will include the children of Mimi and Elly, and be less focused on maids.  So far I've only done a few CGs for it.  I wasn't originally planning to do a sequel but a number of people seem to really like Maids Perfect.

I've posted a demo of this game quite awhile ago(but said I wasn't going to complete it), the current demo is about twice as long as the one i posted.  It's about a Yandere girl who slowly falls more and more in love with the main character.  She will do ANYTHING to have the main character's love, even things like kill other girls who talk to the main character.  I particularly like this game.

A dating simulator rpg I did last year where you try to create your ideal girl.  In this game, the main character frees a girl who was accused of being a witch.
However he gets "caught into her web" in the process.   She gives the main character a "blank" girl and says that she can become the girl of your dreams, but first you will have to date others girls and make them fall in love with you to collect their traits.  The more a girl falls for you, the more personality traits you'll be able to collect and then you can "imprint" the ones you want into the "blank" girl. The idea of the game is to create your ideal girl by collecting the traits of other girls.
(Click here for more details.)

4) Darkness Idol (RTS game)
(click on 3rd image for some gameplay details)
One of the more recent games I've done, it's a Real-Time Strategy game where you play as succubi and other monster girls(sinners) trying to take over the human world.  Originally I was thinking of the games called Team Buddies and Pikmin when I started this game.  In the game the you choose an Idol to worship from hell or heaven and take offerings to that Idol's statue.  The monster girls go into human settlements to fight, rape humans, turn them into monster girls and take them back as offerings or property.   Currently the game has about enough on it for a tech demo.

This is one of the first ideas I've had for a hentai game and I created a long while ago.  The game is about a schoolgirl name Luca who can literally be called the "slut of the school", who one day meets a pregnant naked girl named Sureibu.  Sureibu was brainwashed to be slave and will do whatever Luca says, Luca falls in love with her.  Also Sureibu is always pregnant, not with a human child, she is instead a birthing nursery for tentacle-like monsters.  The game was made with game maker and is a mixed genre kind of game with different gameplay styles.  This game would be completely rebuild and enhanced in game maker studio.  Originally this game contained things such as rpg, platforming, puzzle, interactive sex and visual novel.  The platforming mini demo I've posted before is actually part of this game.  All the styles make this game quite fun and I really like this game.

One of my favorite hentai games I've created, Sakurahime will be completely rebuild at a higher quality using the new game maker studio, which should gravely improve the game's performance, and make it easier to organize resources and the game will be rebuild from the ground up so it won't have the bugs of the current version.  If you're wondering what Sakurahime is about, it's about a schoolgirl named O-dobi who gets stuck in a world full of perverted girls who keep the few remaining males there as pets.  This game was planned to have both rpg and platforming elements in the original version, and it currently contains live sex animations throughout the game.

This is an corruption rpg I've done quite alot on(it currently has a number of sex scenes), right before I started making Broken Hymn.  This game is was inspired by another game called Village of Nightmare and is very similar yet different and has a real-time battle system.
This game is about an evil sorceress named Chandra, she succeeds in summoning a powerful succubi named Persephone to the human world. Chandra is in love with Persephone and wants to corrupt the world by corrupting humans and turning them into Persephone worshipers and succubi.  I have more than enough content to release a demo of this game, I guess you can say this game was cancelled before it even began.  I like this game but unlike the others here, it must win a poll vote for me to continue making it.

That's all 7, please vote for one on the upper-left poll or comment below.  Alot of these I've meant to show eventually but never got around to it. 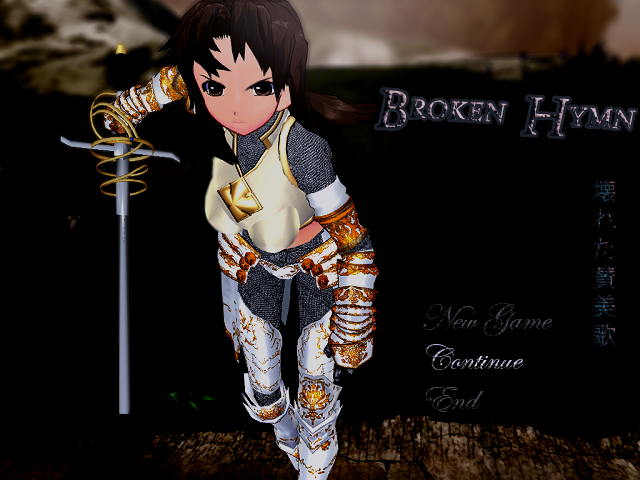 Hi everyone,
I've been working on an h-game for quite some time now, this will be my first major h-rpg maker game. Of all the games I've worked on before, this has the most complex development history.

This game will contain animated-sex, there is no sex scenes in the current version but I'm planning to add the first sex scene/content in the demo after next. I actually have sexual content/animations already in the game but so far ahead of the game's storyline that I didn't include them in the current demo.

I honestly have no clue what you guys will think about this kind of game, but I love this game, have tons of things planned for it and have put alot into it, but the future of this game depends on if you guys like it, If you like this game, please feel free to leave a comment. I would really like to know what you'll think of this kind of game. 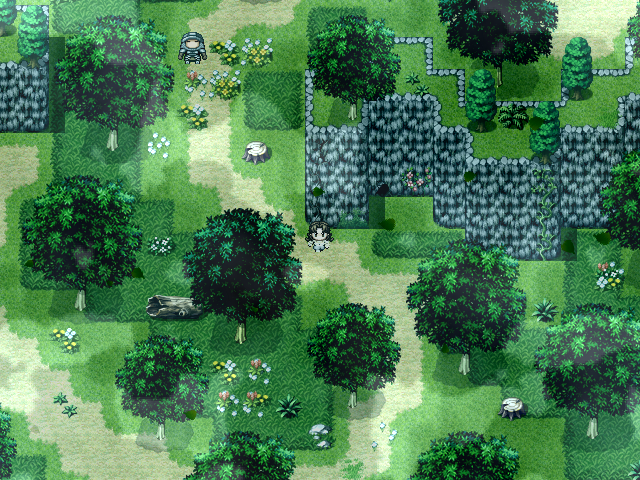 Story:
Supported by the Princess of Karina, A former mercenary named Shouko, along with her band of former mercenaries, go on a desperate mission to rescue their friend who's has been sentenced to death.

Across the continent, Prince Lean's home kingdom of Elfina is brutally attacked and destroyed by the kingdom of Seuson. Prince Lean barely makes it to Minerva, where his childhood friend princess Mina rules.

Hi everyone,
It's been far to long since I last posted(a big part of this is because of real life), but I plan to stick around from now on.  Sorry I was gone so long everyone, I'm back now. ^^
I finally have my next game just about ready to show, so I will be posting a demo for my next major game tomorrow.
Um, for now, I'll hold off details about this game as well as some other news I have until I release it tomorrow.