Hi everyone,
After a long development, I've posted a mini-demo on patreon for the (Untitled) Harem Building Game that contains the game's first detailed, animated h-scene and the story intro dialog.  This uses an advanced animation game engine system I'm developing. Also, even know I call it a mini-demo, it has quite a bit of dialog.

I'm also planning to do a full reveal of the game here on this blog once I decide on a name, which should will likely be sometime soon.

If you're curious, you can see my original(outdated) teaser post about the harem game here: http://www.pizzacatmx.com/2017/11/new-harem-game-revealteaser-poll.html

That's all for now,
see you guys later. 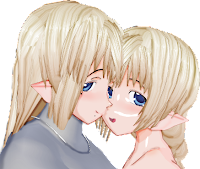