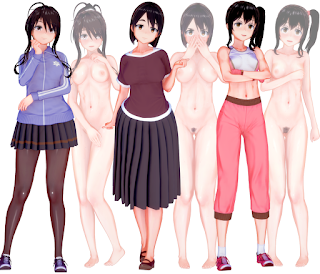 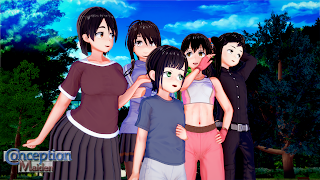 Sorry for the long absence.  Over the past few months I have been having financial problems and been busy trying to improve them, among other things.  Unfortunately things haven't been going great in that regard, but they are a bit better than they were and hopefully will be better in the not to distance future.  I'm sorry for all the delays once again, as I was originally intending to release a new demo some months ago.

But I wanted to let everyone know that I'm doing okay and I am still planning to release new versions of both games, though I don't have a release date that I'm sure of at the moment.

For game development, I've been consider making the AIs fighter more similarly to a megaman boss for Conception Maiden, as well as idea for Immoral Sorceress, but I will probably talk about this more in a later post.  My free time is rather limited right now, but I will try to keep you guys updated regularly again as well as let you'll know once I have a demo ready.

Also, while I've hadn't really have much time to do much game programming directly, I have made quite a bit of new 3D art, characters and mini-comics for the game Conception Maiden.  So right now, the plan is until I'm able to release a new version of my games, I will be posting new 3D art on my pixiv and baraag(and maybe some on this blog too)(these could possibly however be considered spoilers for the game).

Thank you all so much for your support on my patreon/subscribestar, as well as anyone else who enjoys my creations.

That's all for now,
see you all later.