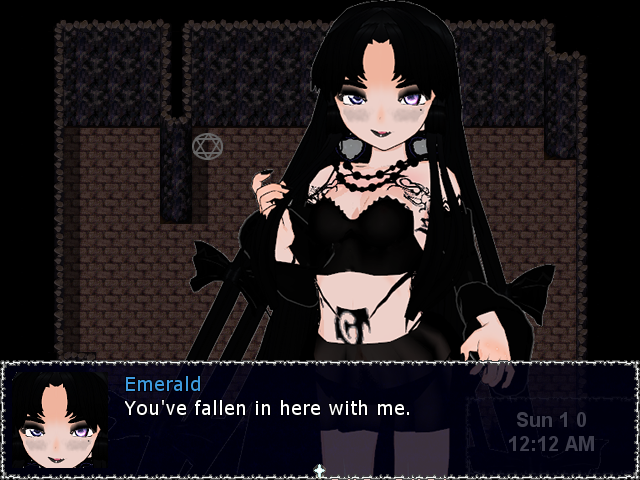 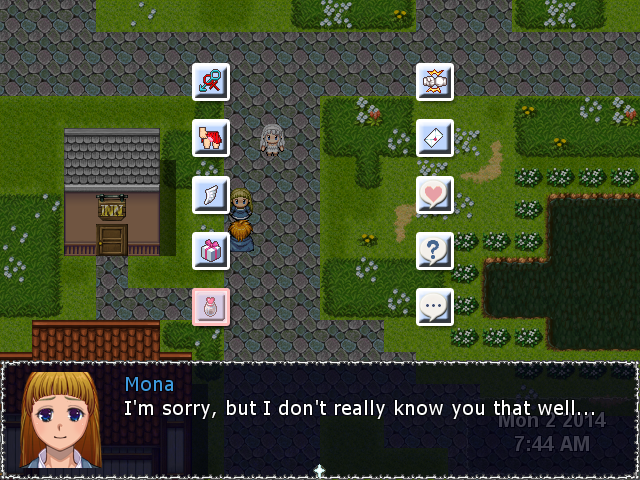 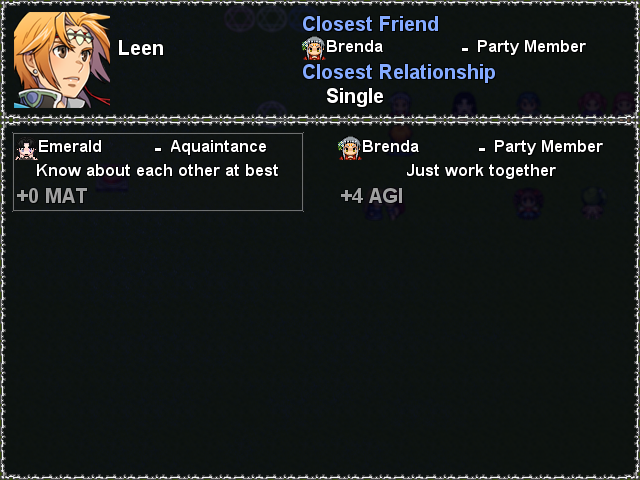 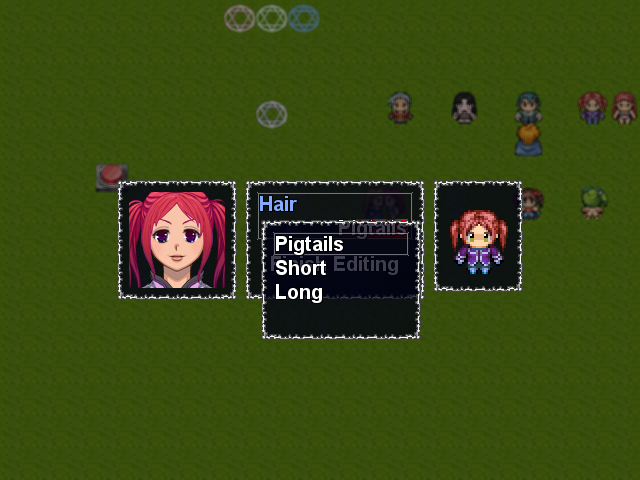 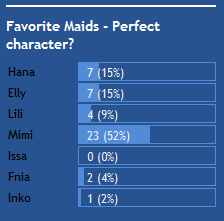 Hi everyone,
I've been doing a number of things related to making my next game lately.
One of the things I've been doing is trying more advanced animations.

Since I haven't post anything lately, here's a little animation test I did(if anyone's curious about what I've been doing).

Hi everyone,
With maids - perfect finished, you maybe wondering what's next.  I actually have something I've been working on in the past recent months and it will be my first major h-game(aside from sakurahime).   Um, I'll hold off on details about it for now.

Um, that's all for now,
See you later. 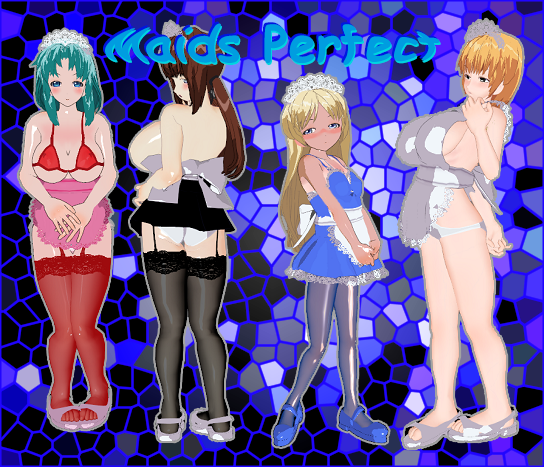 The game now contains 5 chapters, a epilogue and a bonus.

Though the game is called version v1.0, it's not actually twice as long as the last version, but I named it 1.0 since it's completed now and since I originally had planned to keep this as a kind of short game like is now.

Here's some info about the game(some details reposted):

This is my first full h-game using rpgmaker.  The gameplay of the game is focused on adventure/mini-games/cgs.

H-scenes were made using 3dcg. I've tried to correct any spelling error I've found, hopefully I got most of them(I've even made a rpgmakervx spellchecker to help me as I type). ^^'

Story:
You've recently inherited your late uncle's fortune, including a large mansion. But upon arrival, you relies that the maids there aren't normal, your uncle had some crazy plans to create an ideal maid, which he called the "perfect maid", and now you're being forced to participate in a ceremony to summon the demon of lust.

Or if you already have the RPGMaker VX ACE RTP installed on your computer, you can download just the game itself here:
http://www.mediafire.com/download/gtc75lrxwry42yr/Maids+-+Perfect+v1.0a.zip

Also if anyone wants the game's CG collection(containing all the CGs used in the game), you can download it here:
http://www.mediafire.com/download/8t64ww70e22kpdx/Maid+-+Perfect+CG+collection.zip

Unfortunately, since the game now runs on rpgmaker vxace, the older save files won't
be compatible, but if you want to start at the beginning of chapter 5, you can with the savefile below, please
download it and place it in the game's folder and load it to start from chapter 5:
http://www.mediafire.com/download/b1vw1ac56q2fj2p/MPchapter5+Save.zip

Please feel free to comment as I enjoy reading what you'll post.  ^^
Also please let me know if there are any bugs/errors/problems you have and I will try to fix them.


Also, you maybe wondering what I'll make next, I'll be posting about that soon (though if you have any suggestions or if there's something specific you want me to make next, feel free to post about them in the comments.). ^^

Hi everyone,
This is just another small update to let everyone know that
Maids - Perfect is completed now (Story, CGs, spellchecking and everything else all done.)
As of right now, I'm just finishing adding some bonus content. 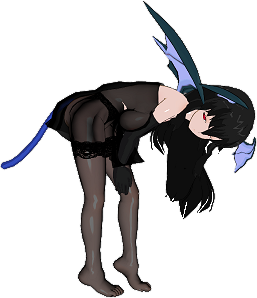 (image above is the demon fnia from the game.)

Um, so I'll be posting the full version of Maids - Perfect later tommorrow. ^^
I'll also post a CG pack containing all of CGs in the game.

Hi everyone,
This is just a small update to let everyone that maids perfect is nearing completion.
My goal right now is to finish it this month, but if not, it should be out sometime in the early part of march. 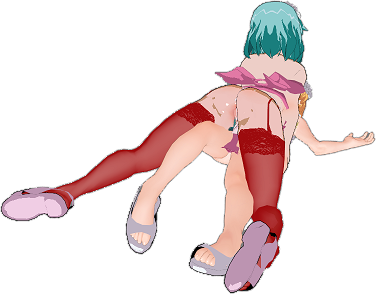 Update 3/18:
Sorry for the wait, I had wanted to add a little more to the game, but the story and CGs are all completed now, all I need to do now is spell/grammar check everything and do some small
edits.  But the game should be online in the late part of march.  ^^;
Posted by pizzacat at 6:15 AM 2 comments: 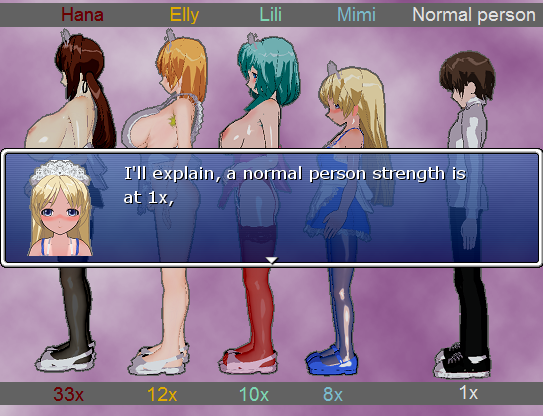 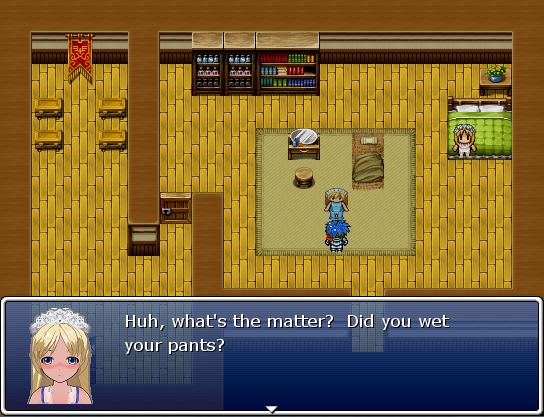