Hello everyone,
This is just a quick update.  I was hoping to release it today, but it isn't quite ready just yet.   So Desires of Persephone first chapter will be released soon, within the next few days.

See you all later.

Posted by pizzacat at 7:58 PM No comments: 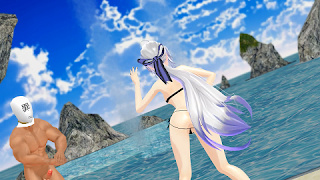 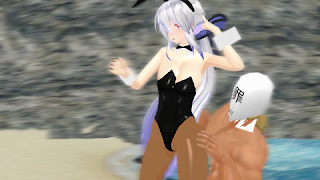 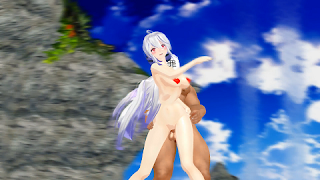 Hi everyone,
I've abit busy lately, but I've also been experimenting with MMD as I try to learn it lately and created this video.  For this video I've tried something a bit more difficult by adding sex into the dance motion.
You can view the video on iwara.tv here: http://ecchi.iwara.tv/videos/w1v1zsge3s5gmgme

Also, I'm planning on either releasing Desires of Persephone or a new demo of Broken Hymn this month if everything goes as planned, though I'm not sure which just yet.

That's all for now,
See you later
Posted by pizzacat at 8:52 PM 1 comment:

Hi everyone,
(Alot of the following is a repost from my patreon page)

With GxL's completion, I'm now officially resuming the creation of Broken Hymn(my favorite of my rpg maker games) once again. 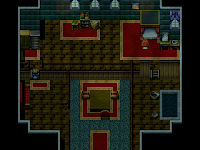 But before I continue it's storyline, I would like to change a few things within the game(partly to make the gameplay easier).  Here are some of the current plans for the next version of broken hymn:

-Swords/weapons sprites edited and applied to the game, making the weapons shown when the player/teammate/enemies use them to attack.

-Circles on side-doors and certain areas that leads to other maps to make them easier to find.

This will basically be a large battle system update as well as an update to make the gameplay a bit easier for anyone who's having trouble(this update also may however, have a small amount of new  additional storyline).  After this release, I'm planning to offically continue the game's storyline again.
However, Broken Hymn's overall future will depend on how much interest there is in it from everyone.  In total, I will likely do 2 or 3 more releases of Broken Hymn, afterwords, if there is a fairly high amount of interest in Broken Hymn, I plan to continue making it, however if there isn't much interest in it, Broken Hymn will likely either be cancelled or put into irregular development, and my new (non-rpg maker game, that I've yet to reveal) game will very likely become my main focus.


In addition to Broken Hymn, I'm also planning to release what I've done of my other rpg maker game, Desires of Persephone. 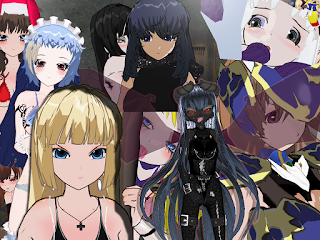 This game is technically an incomplete demo, however it was also the main game I developed in 2013(the year I was almost completely absent from this blog), so it is rather lengthy.  However, due to a past hard drive data corruption, some content must be re-added before I can post it.  So at some point after I fix everything, I will be releasing the game on patreon as Desires of Persephone: First Chapter.
Please note thought that this game is not in development and there aren't any plans currently to continue it(unless there's significant interest).  Also, if anyone is curious, please click here for a little bit more info about the game(from a previous post).

MMD: Lots of Mikus - Shake It! 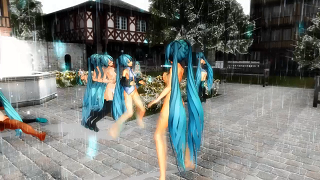 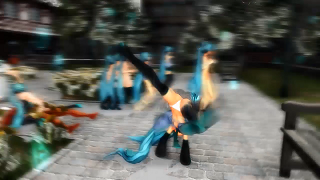 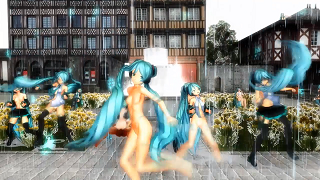 I'm still learning MMD and this is my first attempt at making a music video with it using premade data, so I've tried to kept it simple for now.  I was going to try to add many more characters into this and have most all of the background characters having actual sex, but the current number of characters were already over the limit of what the computer I was using at the time seem able to handle.  I've also had trouble encoding the video at first, but I think I figured out how to encode MMD videos now.  This was kind of another test to help me learn about mmd, but I did have fun making this.

You can view the video on iwara.tv here: http://ecchi.iwara.tv/videos/eedgdtvr5ug6yw29
Or you can download it here.

That's all for now,
See you all later.
Posted by pizzacat at 8:47 AM 2 comments: