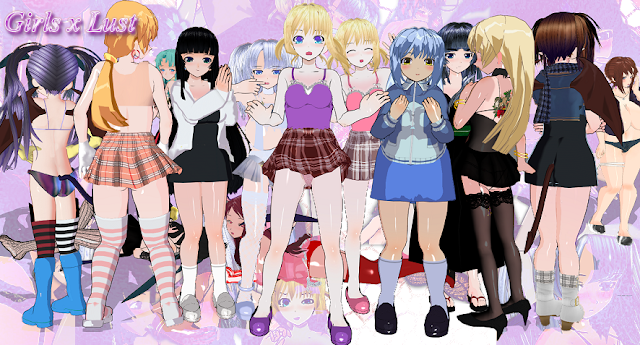 This version also contains all of the content in the beta listed here.


Here is a little bit about the game(some details reposted):

This is my second full h-game that was completed using rpgmaker.  This game was in development for about a year and is far longer than my first rpgmaker h-game.  The gameplay of this game is mostly focused on adventure, story and CG h-scenes.  The game has a day/night/time system that effects the game, a farming system, CG sex scenes with animation, and a sense of exploration effected by the choices you make.  This game also includes a gallery system, which lets you view any h-scene found in-game.  The gallery has a total of 34 h-scenes with animation, plus 12 scenes without animation, for a total of 46 h-scenes.

H-scenes were made using 3dcg.   I've tried to correct all the grammar/spelling errors I could find, so hopefully I got most all of them.  ^^'

This game is actually a sequel to Maids - Perfect, but it plays differently and you do not need to have played the original to understand this game.

Or if you already have the RPGMaker VX ACE RTP installed on your computer, you can download just the game itself here(no RTP).


If you enjoyed my h-works, please consider supporting me on my patreon.  Your support would allow me to put aside more time to create h-works such as this one, and help insure that I'm able to keep developing them in the future.  You will also have early access to the newest releases of my future games(alpha/beta/demo level):  https://www.patreon.com/pizzacatmx


Please feel free to comment as I enjoy reading what you'll post.  ^^
Also please let me know if there are any bugs/errors/problems you have and I will try to fix them.

Thank you so much for your support everyone, this game would not have been completed without you all!

that's all for now,
see you all later.

Hi everyone,
Girls x Lust version 1.0(a bugfix release of the beta and the complete version of the game) with a full walkthrough is now on Patreon as early access for patrons of alpha/beta level.
Here is the information about the release date of version 1.0: 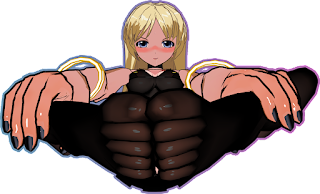 Hi everyone,
Girls x Lust 0.99(beta) is now on Patreon for patrons of alpha/beta level.

I am planning to release GxL version 1.0 a few days from now(unless a major bug is found), along with a walk-through guide that I'm currently making.

I hope this news isn't too disappointing, however Girls x Lust is now only a step of away from completion and will be fully released to everyone in the near future.

That's all for now.
See you later 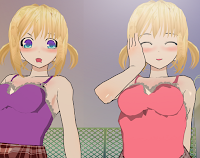 Posted by pizzacat at 9:25 PM No comments:

Hi everyone,
Girls x Lust Beta 0.99 is now in the final stages of debugging.  This update can be considered a "major update of minor changes", with a significant amount of minor spell checking done throughout the game, and a number of event edits.  Since some of these things might be hard to notice, I will try to make a list of some of them below. 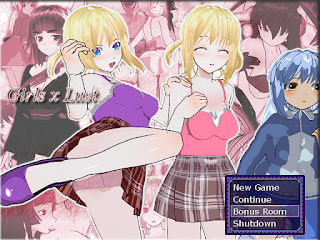 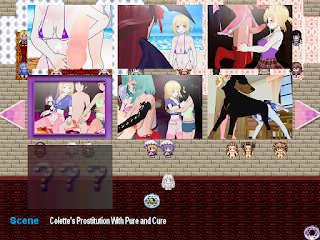 The gallery data is saved separately from everything else in the Game.ini file, so as you find scenes in the game, they will also be unlocked in the gallery.  All the locked scenes will give a hint below on how to unlock them.  There are also a few h-scenes in the gallery that has special conditions to unlock(these scenes are not anywhere in the main game, only in the gallery).

Also, in addition, there are now 2 fortune teller twins in-game who will tell you what to do next whenever you're not sure.

Here is a list of the changes in Beta 0.99:
-Spelling/grammar check throughout the game
-Gallery system is now functional
-Maimi will now sell you rare seeds at the farm if you give her a chocolate ice cream bar
-Baby chick can now grow into an adult chicken and an egg once a day
-Lockbeard will now give you money for a reward instead of a key
-If Sophia doesn't talk to Lockbeard, there will be a small amount of money left in his cell
-Finin no longer tries to sell fish
-Chapel donations are no longer requested
-Henrietta now sells more items
-Letta now only sells one item at the convenience store
-Toll/Minda now only sells one item at the drug store
-erotic scenes are now kept track of for gallery
-major characters are now kept track of for bonus room
-game overs are now kept track of for bonus room
-Mimi's savings no longer has an option to steal from it
-Cell phone is now just a normal item
-Card category removed from pause menu
-Skill and Status options removed from pause menu
-Bonus Room added to title screen
-Fortune teller Tilda added to Mother District
-Fortune teller Hilda added to Beach
-Character mini-bios added to bonus room
-Tilda/Ailda now used for Lithchlo's dialog in Bonus Room
-Additional minor dialog changes
-bug causing certain events to appear at home when they weren't suppose to is fixed
-Addition minor bug fixes

Girls x Lust Beta 0.99 is coming very soon, once it is released I will continue making the rest of the walk-through guide and try to check for any other bugs, and then release version 1.0, the fully completed version of the game.  I hope you guys will like it.