I have now finished all the dialog and eventing for demo 2 of Immoral Sorceress.  This has quite a lot of new content, from just the "pictures" folder, they have increased from about 250 total in demo #1 to about 600 total in the new demo #2(More than double, most of these are character CGs.  note though, all CGs aren't used).  One of the new h-scenes will also have CGs.

However, in the current state, I would like to spend about 3 more days going over all the dialog and adjusting a few things.  So, I am planning to release Immoral Sorceress Demo #2 on July 1st, 2019.  I hope you guys will look forward to it!

That's all for now,
see you soon.

quick update for IS

This is just a quick update.  At the current speed it will probably take about a week more(but could take longer) to complete demo #2 of Immoral Sorceress.  There is alot of things I could say about the game, but I don't want to spoil anything.  I will let you guys know once the demo is ready.

Um, that's all for now,
see you soon.

Posted by pizzacat at 4:50 AM No comments: 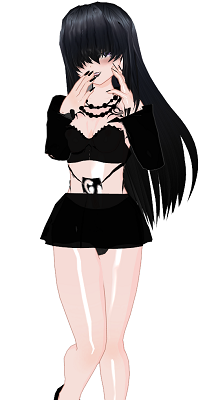 Here are the full results(click image for full-view): 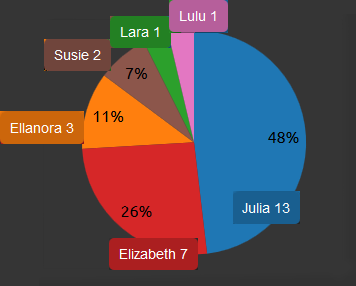 There were 27 votes total, thanks for voting everyone!
The next demo is developing well and should be released sometime this month.

Hi everyone,
This is the same poll from the last post, but I thought I would make a separate post for it to make it easier to see.  If you would like to vote(favorite character), click here:
Edit -  you can view the results here.


Aside from the game storyline progressing and such, I've also updated some(sprites such as Elizabeth's), and made a number of  new graphic assets for the game.
On a more technical note, the game should run much better and use less memory.  I've also been experimenting with adding webm video animations with transparency(created in MMD) into the game.  After some trouble, I've gotten this to work correctly, so it's now possible for me to add video animations into the game.

Right now, demo 2 is going well, and if everything goes as planned it should be released later this month.

Um, that's about all for now,
but here's one new screenshot from the work-in-progress demo 2.  See you all later. 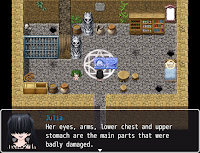