this is a small update on the two games. I've doing a number of things on Conception Maiden lately, including getting the tiles to fully link to their definitions(by this I mean that the game can now tell what kind of map tile the characters are standing on and movement can now be limited by the type of tile again in GMS2).  I've also started trying to make the AI able to do much more so their can hopefully be alot of variety in the battles.  I have also been posting some small comics and such relating to Conception Maiden on my pixiv(and exhentai).  Here are two new screenshots of the game's Demo 4: 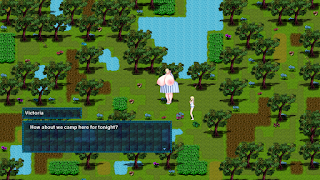 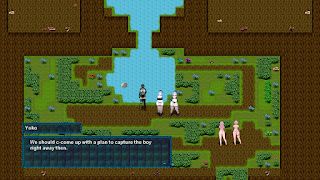 I've also been progressing the main storyline of Immoral Sorcress and adding new assets into the game, here's a new screenshot: 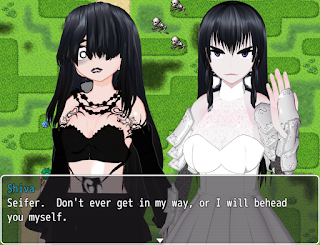 The next version of Immoral Sorcress will finally progress the main storyline and see Julia regain her penis among other things.  I am planning to release a new demo sometime next month of one of these two games, however it will likely be "Immoral Sorcress Demo 5".  I have also been considering changing the naming scheme of the releases and calling the next one Version 1.1.0(the first "1" referring to the first arc being completed, second "1" meaning a major update, however the game still is not complete).