I'm currently making the  demo #4 of immoral sorceress, however to make things faster, I may start making new demos(the new content) much smaller than in the past so you guys don't have to wait so long for each demo release.

One of the particular things I did so far was create a few new characters.  I've posted two of them below(after the jump, click on post title to see).  Spoiler warning though, as this is tied to the future of the game's story.

These are two characters you'll meet in the second village(one of which was previewed in the bonus of the last demo) and will probably both play a major role in it. 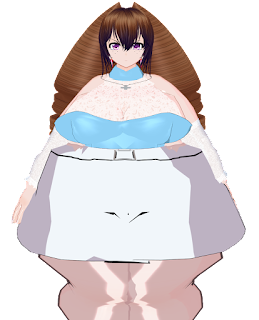 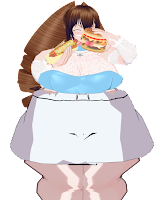 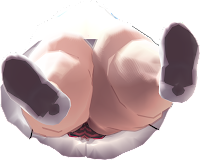 Aura Arlington. A once incredibly wealthy girl who was disinherited by her family and sent to

live in a village with her uncle.  She is very jealous of the popular village girl who
has stolen the heart of a boy Aura was interested in.  She is also a fan of the high quality food produced at the local ranch. 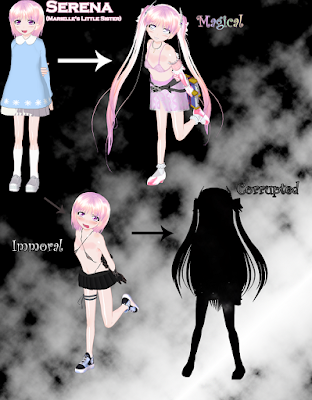 Serena.  She is the little sister of Julia's follower, Marielle. She lives in the second village with Marielle's uncle.  I would rather not spoil too much about her for now though.

Also for anyone who would like to help by giving me feedback about my patreon/subscribe/blog, click here.

Um,that's all for now,
See you all later.
Posted by pizzacat at 1:07 AM