Hi everyone,
Um, it's been a bit too long since I last posted, this is just a somewhat small update.
I was thinking about making a side-game and had decided to go with a sequel to maids perfect since I didn't want to try to do something else that's too difficult right now.
So I will be posting a demo of the new maids perfect sequel in the next couple of days. 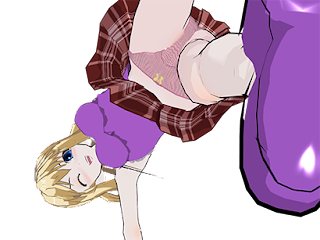 This is will play different from maid perfect, and you wouldn't have to have played maid perfect before to understand it.  I'll tell you'll more about it when I release the first demo.

Also for anyone worried about Broken Hymn, it is still in development.  Basically you can say I have bad case of "on/off" writer's block lately which causes me to work on different sections of the game instead of the events of the story in order.  I don't want to release a new demo with different fragments of the game, so I thought it would be a good idea to work on another game too when I'm not working on Broken Hymn in the meantime.  I will post a video showing new content of Broken Hymn eventually, if not a new demo of Broken Hymn first, so please don't worry about this game too much.  Basically now I'm making 2 games again, which I usually make games better this way.
Also note that I haven't forgotten the people who want my other games like Desires of Persephone.

Um, that's all for now,
see you soon everyone.
Posted by pizzacat at 9:32 AM